Protect your products on their journey. 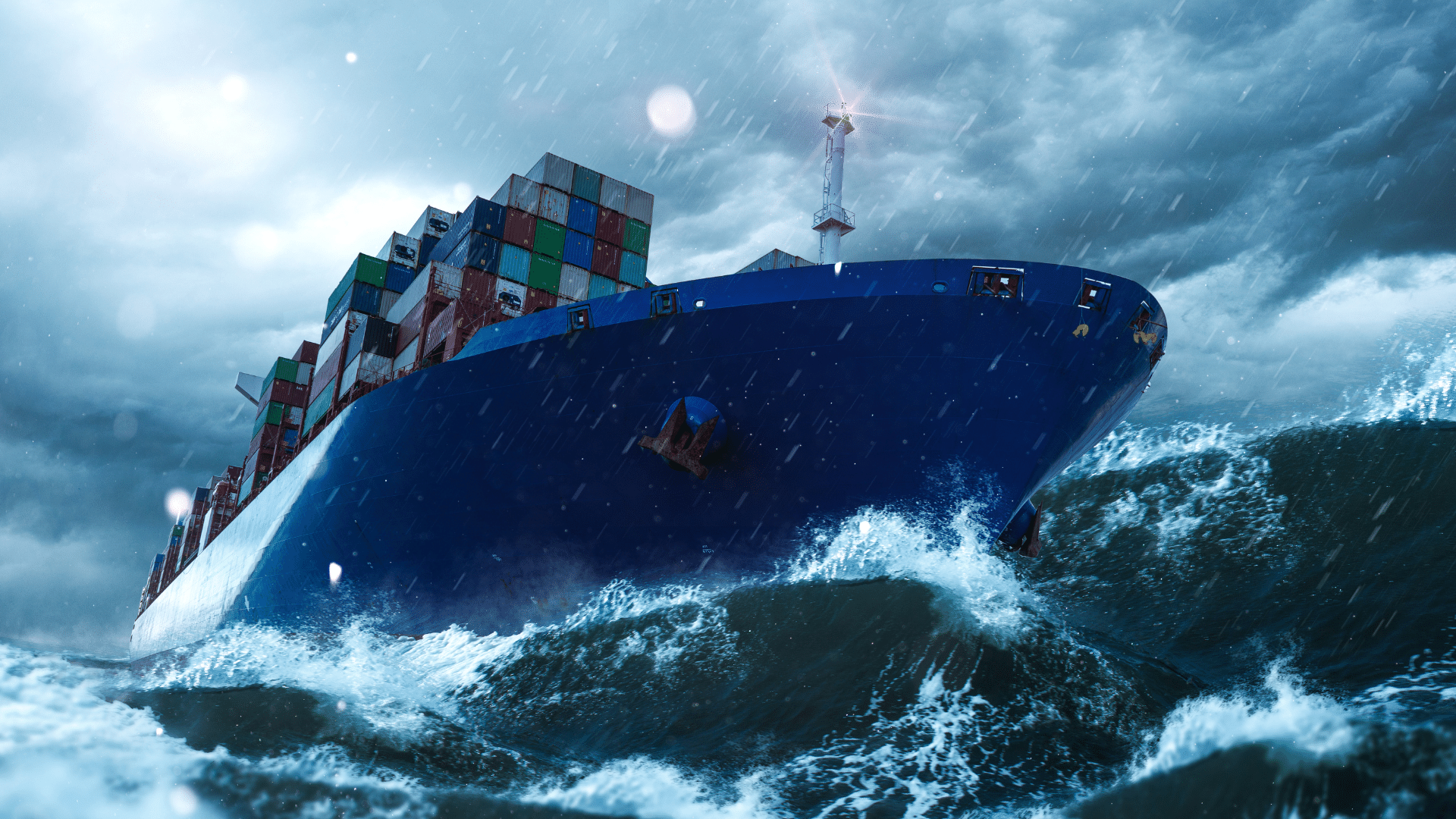 Why do I need Cargo Insurance?

At UWL, every effort is made to ensure the safe delivery of your goods, but sometimes unforeseen loss or damage does occur. If it does, we want you to be ready for it. That's why we recommend shippers protect their products in transit with Cargo Insurance.

Coverage for the Unexpected

From natural disasters and accidents at sea, to strikes and other conflicts, there are many outside factors that can impact the delivery of your freight to its final destination.

Cargo insurance gives you peace of mind and reduces your exposure to these financial risks: 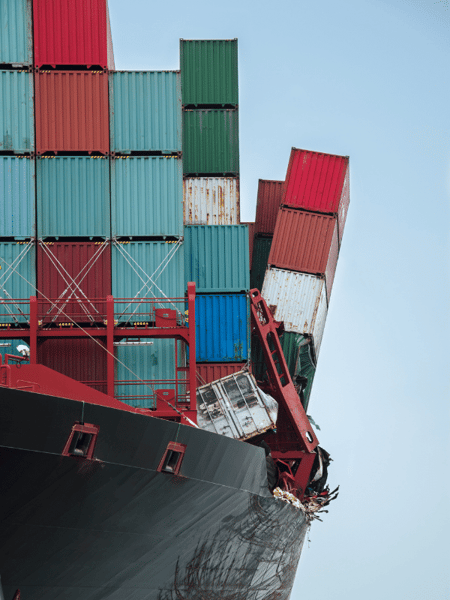 Did you know? Insurance companies estimate that major fire on a cargo vessel at sea occurs every 60 days.

In the event of an accident, even if the vessel is saved, many containers may be severely damaged. Bad stowage and shore error are the largest contributors, and can result in physical or temperature related damage.

Cargo insurance can help you cover your losses in the event damage occurs.

According to a 2017 survey of ocean carriers by the World Shipping Council (WSC), an average of 1,390 containers are lost at sea each year based on figures from between 2014 to 2016. This number includes ‘catastrophic events’ where more than 50 containers are lost during a single event.

However, the number of containers that have been lost overboard has actually risen considerably in recent years. In fact, more than 3,000 shipping containers fell overboard in 2020. And as of April 2021, over 1,000 boxes have already fallen into the ocean.

Why are incidents of containers going overboard on the rise? Weather is becoming more severe and unpredictable and new mega vessels are often being loaded to maximum capacity. Those two factors combined put increased risk to cargo in transit and additional strain on your supply chain.

If an accident happens that causes your containers to go overboard, make sure you have Cargo Insurance so that you're not dumping your money into the sea as well.

Did you know? When a carrier declares General Average, all cargo owners must pay a percentage of the total loss, even if their cargo is unaffected.

What is General Average?  When a ship is in danger — for example, a fire, stranding, or other incident — the ship's Master/shipowner may need to take action to preserve the safety of the ship and its crew, which could include jettisoning cargo overboard, emergency repairs or other action which may damage cargo. Incidents causing carriers to declare General Average have been increasing in recent years: Severe storms are becoming more frequent, and shockingly, fires on container ships are more common.

When a carrier declares "General Average", all stakeholders, including cargo owners, must pay their cost of saving the vessel and cargo - even if their own cargo is not affected. Adjustors will assess the situation and determine the Salvage security and General Average security. These securities are variable percentages of the CIF (cost, insurance, and freight) value of the cargo that the shipper has on the affected vessel. The cargo owner must pay both to get their cargo released, otherwise they forfeit their cargo and it becomes property of the salvage company.

The cost of protecting your shipments is miniscule compared to the cost of a General Average claim.

For example, after a 2018 fire on the Maersk Honam, GA was declared and the adjustor fixed the salvage security at 42.5% of cargo value and 11.5% as a GA deposit – this meant a shipper with cargo worth $100,000 needed to pay a combined deposit of $54,000 to get its cargo released. Ouch! Insurance for this shipment, by comparison, would have been just $165.00.

If you're insured with UWL's Policy, the insurance company will issue an Average Guarantee and you will provide an Average Bond. This assures the prompt release of your cargo while your insurer takes care of the General Average contribution.

Without adequate insurance, the adjusters will likely request a cash deposit from you of a proportion of the value of your cargo, and your cargo will be held in trust until you have paid your part — which can take months or even years.

Did you know? In the US, cargo theft is a $15 billion to $30 billion a year problem according to the FBI.

Cargo theft, especially through identity theft and fictitious pickups, is on the rise.  Not to mention piracy, which is a major risk to modern international shipping.

The Loadstar reported that almost €500,000 ($600,305) of goods were stolen from EMEA [Europe, Middle East and Africa] supply chains every day in 2019 and 2020, according to new data from the Transport Asset Protection Association (TAPA).

And BSI & TT Club's 2021 Cargo Theft Report found that the pandemic brought about a heightened risk of crime. The dominant threat remained theft from freight vehicles in transit, but the report found a significant increase in theft from warehouses and other temporary storage facilities — these areas have become easy pickings for criminals as cargo backlogs pile up around the world.

Additionally, criminals have been targeting PPE and other medical equipment in particular during the pandemic.

A proactive Cargo Insurance policy with UWL can provide peace of mind in the event a pesky pirate pilfers your priceless products.

GET A QUOTE LET'S CHAT
COVERAGE YOU CAN COUNT ON

Get Peace of Mind with Cargo Insurance

Having a solid Cargo Insurance policy in place can help you navigate, respond to, and protect your bottom line from common risks to your cargo in transit.

If you're insured, you know that your cargo will be released promptly with the appropriate securities. Insurers will assure that claims are handled smoothly, swiftly, and you will know that your interests are being properly protected. 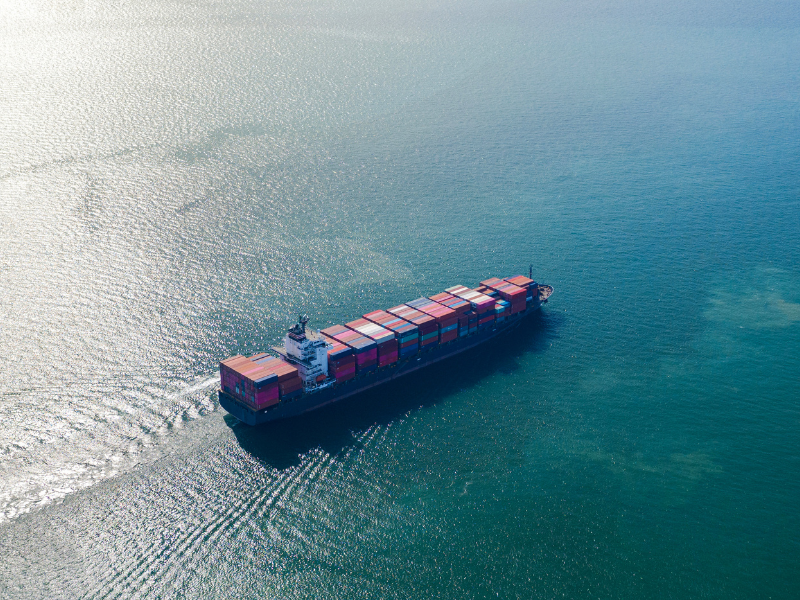